Intellectual Capitol is where tech talent and opportunity meet

Welcome to the central hub for building connections within the technology community.

Founded in 2003, Intellectual Capitol (ICAP) quickly became one of the most trusted suppliers of technology talent solutions for companies and organizations, who were seeking to augment their staff with qualified IT talent. We’re proud to be a Woman-Owned and Veteran-Owned business with an incredibly diverse team.

ICAP supports state and federal agencies, higher education, financial services, hospitals, and commercial firms. Our clients, many of whom are nationally recognized firms, need exceptional candidates in order to increase innovation and grow their businesses.

ICAP’s core mission is to help people and organizations grow by connecting tech talent with innovative, dynamic organizations to execute on significant work.

Learn How We Build Community 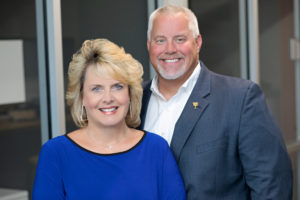 In 2003, Traci and Barry Newkirk started Intellectual Capitol (ICAP) with the desire and need to have a thriving business and family, simultaneously.

They started with no money but a great deal of grit, determination, and drive. They began in the basement of their home, in a windowless room, and built a small business based on their collective strengths: Traci’s unique combination of strong financial management and marketing expertise and Barry’s relationship base with some of the key players in the I.T. industry.

Over almost 20 years, Traci and Barry have grown ICAP exponentially and were able to bring on interns, hire employees, and develop foundational processes to further scale the business. At present, ICAP’s average tenure for long-term candidate engagements and placements far exceeds the industry average and most of its competitors.

Staff Augmentation and I.T. contract staffing proved to be areas of great success and repeatable strength. As such, ICAP’s clients and consultants responded well to the company’s relationship-based approach and focus on specialization — which is apparent in their continued utilization of ICAP’ services for ongoing tech talent needs.

During the company’s almost 20-year lifespan, it has branched into both consulting and software work. Even though ICAP has since exited the software business, Traci’s success in leadership development and culture led to her launching a separate venture, Human Potential Advisors, in 2022.

Initially founded as a way for its founders to be involved parents and business owners, the business continues to evolve. It serves as a mechanism for the co-founders to give back to their community, build healthy working relationships, engage themselves and their team in meaningful work, and give back to their employees.

It truly is a dream fulfilled and it continues to expand.

Ready to get started? Contact us today.
Let’s Connect